The last two years of armed conflict in Northern Africa and the Middle East that has filled the world’s news channels have caused World without Wars and Violence to elaborate several statements which we have published through our website and disseminated through our base teams.

We have a growing sensation that we are constantly repeating the same message, with the same elements and the same ideological basis. In this context, we think it is useful to write a position which is valid for all conflicts in the world.

Identifying the roots of the conflict
Frequently the roots of any conflict are overlooked because physical violence is so shocking that it takes everyone’s attention.

The fact is that there is an economic system in place which creates poverty for the vast majority of the world’s population, which exploits the world’s resources as if they were limitless and which cares nothing about the environmental conditions for future generations. Whereas in the countries of the former G7, the European Union and a few others, it may be that the majority of the population are not yet feeling the full effect of the economic crisis, this is not the case for the rest of the world.

We identify as problems that are present in all situations of conflict: unemployment, especially among the world’s youth; discrimination fomented by politicians and religious leaders seeking to divide people in order to manipulate them and maintain power; the colonialist history of the conflict region; access to the world’s limited supply of natural resources; and a lack of access to free health-care services, education and social security.

Although the Western media may portray conflicts as “religious”, “tribal” or “oppressed people fighting for democracy” and therefore justify the intervention of NATO countries in defence of “Human Rights”, or in defence of “democracy”, the fact is that NATO countries only intervene when their access to resources is threatened.

But what we also denounce is all the other violence that is not shown on the TV. We denounce those who are responsible for the roots of the conflict listed above and hold them responsible.

The world has the means to support the entire 7 billion population is decent and increasingly good conditions. Today! Any denial of this is a lie perpetuated by those who have a personal interest in maintaining things the way they are.

An international force of intervention to impose peace and disarm opposing forces
Frequently we are called on to take a stand on a conflict after it is far too late to propose nonviolent conflict resolution. In this case, where armed conflict exists it is necessary to limit the damage and reduce the casualties to a minimum. If one side of a conflict has decided to inflict death and violence on another side of a conflict, the duty of the international community is to intervene and prevent this when national security forces are incapable of protecting the population.

To this end, we call for the creation of an internationally-funded force to be mobilised in such huge numbers that the opposing factions have no alternative but to disarm. The role of such a force is not as an armed force in support of an existing government or its opponents. Its role is neutral, authorised to disarm armed opponents by force if necessary, and with a much more vital role of evacuating civilians.

As Silo noted in his eighth Letter in his book “Letters to My Friends”:

The greatest service, then, that the armed forces can contribute to their country and to all of humanity will be to prevent the existence of war.

Silo, focused his discussion in Letter 8 to the internal role of the armed forces within a country, but through the simple application of the principle of solidarity, the international community cannot be indifferent when a nation suffers the effects of criminal armed gangs or a criminal government murdering members of its own population.

Calling for reconciliation in society
In order to prevent future conflicts a programme of reconciliation must be undertaken in all communities of the affected country. We must develop our society on the principles of tolerance and respect, with an understanding that mutual cooperation will always be a more effective strategy than violent competition.

All human beings want the same thing: we want to live in peace and security and we want a good future for our children and our loved ones. These desires cross the differences in religious expression, in culture, in nationality, in colour of skin and sexual orientation.

Only by focusing on what unites us as human beings and working together for the common goal of a world free of violence will be able to develop the tolerance and respect required for the Universal Human Nation to emerge.

Calling for re-foundation of the affected country or territory through the implementation of real democracy
In every country emerging from armed conflict it is time to implement a profound review of the entire national system of administration to see what must be changed in order to advance in a future of peace and reconciliation.

Constituent Assemblies to rewrite the constitution, devolution of powers, perhaps even division of a territory into different autonomous or independent countries could be necessary and all of this must be decided around the conference table in talks between democratically elected representatives. Those democratically elected representatives must be chosen through elections where all candidates have equal access to resources and the media.

Conclusion
We will not be manipulated into supporting different sides of armed conflicts in this system where human life has so little value. What use is it to support a present-day or former colonial power in their wars for control of resources when they impose a system that causes death and misery for billions of the world population? It is arguable whether death at the hands of an armed thug is worse than a slow death caused by the failure of an international system that fails to provide a decent quality of life, leaving people fighting a daily battle to survive.

We call for a revolution; a nonviolent revolution that starts from the people waking up to the manipulation they are subjected to by their governments, complicit in a military-industrial-media-banking complex that has no intention of allowing a Universal Human Nation to be created. 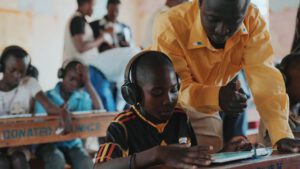 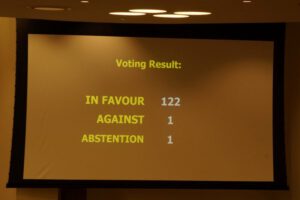 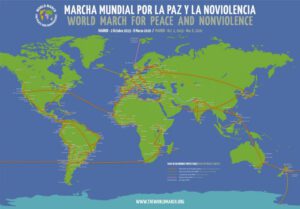